When Will My Baby Start Having Teeth?

The initial growth period for primary teeth begins in the second trimester of pregnancy. During this time, it is especially important for expectant mothers to eat a healthy, nutritious diet, since nutrients are needed for bone and soft tissue development. 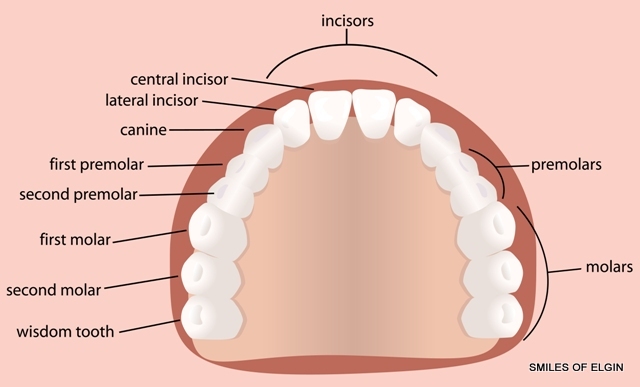 Primary teeth usually begin to emerge when the infant is between six and eight months old.  Altogether, a set of twenty primary teeth will emerge by the age of three. The American Academy of Pediatric Dentistry (AAPD) recommends a first “well-baby” dental visit around the age of twelve months (or six months after the first tooth emerges).

Teeth emerge in pairs, starting at the front of the infant’s mouth.  Between the ages of six and ten months, the two lower central incisors break through.

Next, the two upper central incisors emerge – usually between the ages of eight and twelve months.  Teething can be quite an uncomfortable process for the infant.  Between the ages of nine and sixteen months the upper lateral incisors emerge – one on either side of the central incisors.  Around the same time, the lower lateral incisors emerge, meaning that the infant has four adjacent teeth on the lower and upper arches.  Eight more teeth break through between the ages of thirteen and twenty three months.  On each arch, a canine tooth will appear immediately adjacent to each lateral incisor.  Behind, first molars will emerge on either side of the canine teeth on both jaws. Finally, a second set of molars emerges on each arch – usually beginning on the lower arch.  Most children have a complete set of twenty primary teeth before the age of thirty-three months.

How can I reduce the risk of early caries?

Primary teeth preserve space for permanent teeth and guide their later alignment. It is critically important to learn how to care for the child’s emerging teeth.

Here are some helpful tips:

Start flossing – Flossing an infant’s teeth can be difficult but the process should begin when two adjacent teeth emerge.